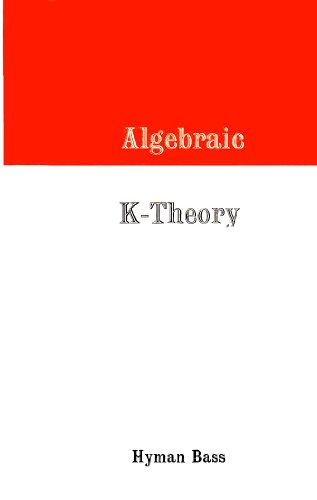 Description:
The algebraic K-theory presented here is, essentially, a part of general linear algebra. It is concerned with the structure theory of projective modules, and of their automorphism groups. Thus, it is a generalization, in the most naive sense, off the theorem asserting the existence and uniqueness of bases for vector spaces, and of the group theory of the general linear group over a field.

Algebraic K-Theory
by Olivier Isely - EPFL
Algebraic K-theory is a branch of algebra dealing with linear algebra over a general ring A instead of over a field. Algebraic K-theory plays an important role in many subjects, especially number theory, algebraic topology and algebraic geometry.
(4566 views)

An Introduction to K-theory and Cyclic Cohomology
by Jacek Brodzki - arXiv
An exposition of K-theory and cyclic cohomology. It begins with examples of various situations in which the K-functor of Grothendieck appears naturally, including the topological and algebraic K-theory, K-theory of C*-algebras, and K-homology.
(6635 views)

18 Lectures on K-Theory
by Ioannis P. Zois - arXiv
We present introductory lectures on K-Theory covering its basic three branches, namely topological, analytic and Higher Algebraic K-Theory. The skeleton of these notes was provided by the author's notes from a graduate summer school on K-Theory.
(5789 views)