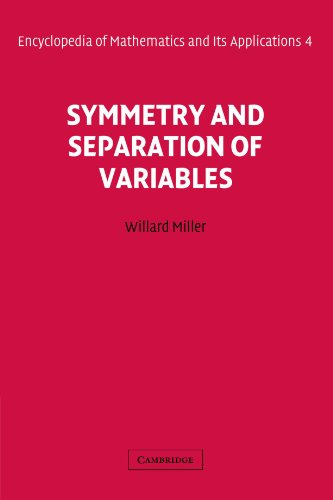 Symmetry and Separation of Variables
by Willard Miller

Description:
Originally published in 1977, this volume is concerned with the relationship between symmetries of a linear second-order partial differential equation of mathematical physics, the coordinate systems in which the equation admits solutions via separation of variables, and the properties of the special functions that arise in this manner.

An Introduction to Partial Differential Equations
by Per Kristen Jakobsen - arXiv.org
These lecture notes view the subject through the lens of applied mathematics. The physical context for basic equations like the heat equation, the wave equation and the Laplace equation are introduced early on, and the focus is on methods.
(3098 views)

Partial Differential Equations
by Erich Miersemann - Leipzig University
These lecture notes are intended as a straightforward introduction to partial differential equations which can serve as a textbook for undergraduate and beginning graduate students. Some material of the lecture notes was taken from some other books.
(10093 views)