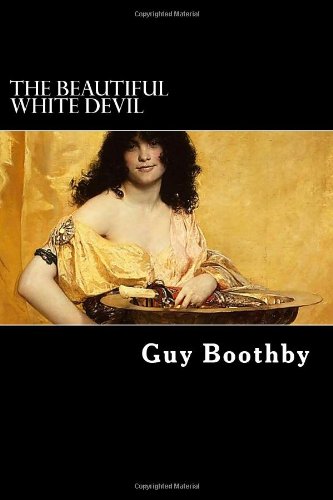 Description:
The last stroke of twelve was just booming out on the muggy night when I stepped on to the landing-stage to await my mysterious employer. The hotel servant who had carried my bag put it down, and having received his gratuity left me ...

The Lust of Hate
by Guy Boothby - ManyBooks
Mr. Boothby is at his best in this romance, which is characterized by unflagging interest and by most stirring adventures in which Dr. Nikola plays a leading part. 'Dr. Nikola' was considered one of the most thrilling stories ever published.
(5460 views)

A Cabinet Secret
by Guy Boothby - F. V. White
Witty spy adventure set during the Boer Wars of the late 19th Century. While the War between England and the South African Republics forms the basis of the story, the characters and incidents therein described are purely fictional ...
(2422 views)

The Red Rat's Daughter
by Guy Boothby - Ward, Lock and Co. ltd
John Grantham Browne uttered a cry of horror. The girl had wandered off the path, slipped down the bank, and was now clinging to a tree only a few feet removed from the brink of one of the most terrible precipices along the Norwegian coast ...
(2618 views)

The Race of Life
by Guy Boothby - F. M. Buckles and Company
It was nearly nightfall when that little party made their appearance at the head station. Dick had sent the ration cart out some miles to meet them, so that my mother was spared the pain of seeing the body of her husband brought in upon his horse ...
(2483 views)