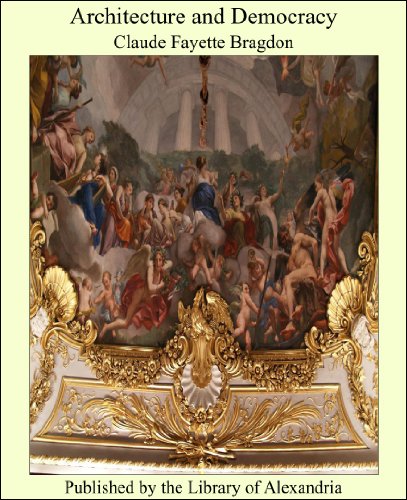 Description:
This book has been written in the scant intervals afforded by the practice of the profession of architecture, so broadened as to include the study of abstract form, the creation of ornament, experiments with color and light, and such occasional educational activities as from time to time he has been called upon to perform at one or another architectural school.

A History of Architecture
by F. Kimball, G.H. Edgell - Harper & brothers
The attempt has been made to present each style as a thing of growth and change, rather than as a formula based on the monuments of some supposed apogee, with respect to which the later forms have too often been treated as corrupt.
(9648 views)

Architecture in the Anthropocene
by Etienne Turpin (ed.) - Open Humanities Press
This volume brings together a provocative series of essays, conversations, and design proposals that intensify the potential of the multidisciplinary discourse developing in response to the Anthropocene thesis for contemporary architecture practice.
(6682 views)

Second Homes for Leisure Living
- Douglas Fir Plywood Corporation
The labor-saving advantages of plywood are fully realized in the construction of the outstanding 2nd homes on the following pages which were developed by various manufacturers through the agency of the Douglas Fir Plywood Association.
(11095 views)