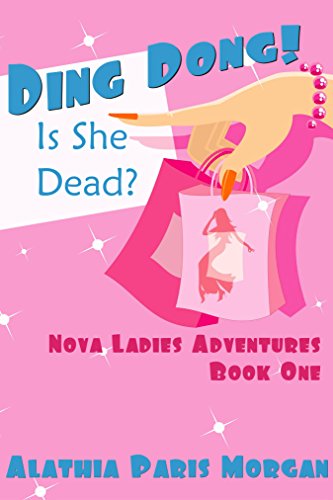 Ding Dong!! Is She Dead?
by Alathia Morgan

Description:
Sent into Witness Protection, Allie goes to deliver her friend's beauty products only to find her door hanging on its hinges and a trail of blood leading to a body. Is she dead? Danger follows Allie from New York to Texas as she takes on different situations that risk her life.

Codename Vengeance
by David Wright
German operative Henrik Kessler returns from America with a secret that could win the war for Germany, only to discover that his former fiance has been evacuated to a Jewish concentration camp deep in the Harz Mountains ...
(5505 views)

Not Exactly Innocent
by Kathryn Judson - Smashwords
Triple-O Five and his bride are pulled back into action sooner than planned, when a mad Viking wannabe hires ethically-challenged bioweapons experts and a missile scientist who has gone rogue, in a bid to take over as much of the world as possible...
(4709 views)

The Code: A Christopher Lance Thriller
by L. Jerome Word - Smashwords
Solve an unsolvable crime. Break an unbreakable code... A decade ago, Emily Stuart was America's sweetheart until the world class gymnast is murdered in her prime. But that's not all. Emily fell to a serial murderer known as the Code Killer...
(4600 views)

Prey on the Prowl: A Crime Novel
by B.S. Murthy - Self Imprint
Madhu and his mistress Mala were poisoned and Pravar, Mala's brother, implicates Madhu's wife Radha in the double murder. Radha seeks Dhruva's help even as Kavya, rescued by him, takes to her kidnapper Pravar. The series of death by poisoning follow.
(4624 views)