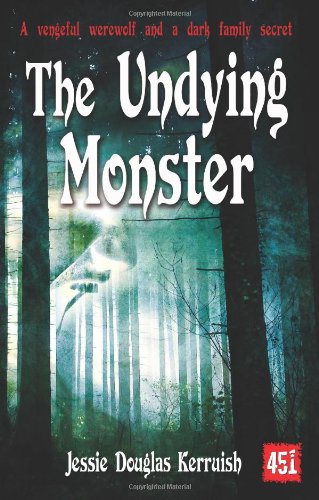 The Undying Monster: A Tale of the Fifth Dimension
by Jessie Douglas Kerruish

Description:
For generations, the Hammand family has lived under the shadow of a deadly curse. It will sleep for a time, only to burst into deadly life when conditions are right; and if it does not kill its victims outright, it will leave them with such terrible, unspeakable memories of the event that they go mad with the knowledge of it. No one knows the origin of the curse, or what shape it takes ...

The Ice Cream Memories of Charlotte Rowe
by Teresa Perrin - Bibliotastic.com
Charlotte Rowe has been cast in the role of medium from childhood. Divination from the spirit world. Con artistry. Cats and mirrors. Death. Life. Birth. Murder. And ice cream. Powerful and intelligent fiction, with splinters of irony.
(5982 views)

Soul View
by Jeff Inlo - ManyBooks
Dr. Jim Sagacity has the special ability to see souls. He watches spirits depart this world in a display of pure wonder until he learns that not all souls are able to make this transition. With a new perspective of death, he attempts to intervene.
(5844 views)

Buried in Sunshine
by Matthew Fish - Smashwords
A troubled girl named Emma Corbeau begins seeing 'clones' of herself that exist only in the daytime and disappear into ash at nightfall. These different versions of herself lead her on a journey of self discovery and expose the terrible past ...
(4605 views)

The Dark Other
by Stanley G. Weinbaum - Fantasy Publishing Co.
Patricia is in love with Nicholas Devine. Suddenly, things turn grim -- Nicholas undergoes a mysterious change and becomes cold and calculating. Patricia consults a psychologist Dr. Carl Horker to try and figure out what has happened ...
(1925 views)