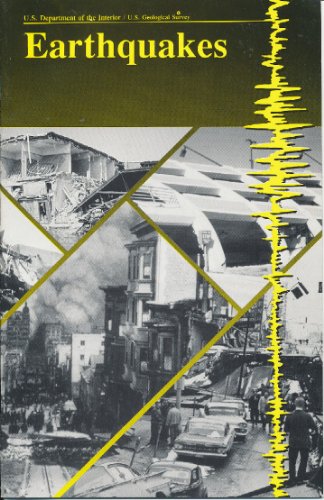 Description:
Today we are challenging the assumption that earthquakes must present an uncontrollable and unpredictable hazard to life and property. Scientists have begun to estimate the locations and likelihoods of future damaging earthquakes. Sites of greatest hazard are being identified, and definite progress is being made in designing structures that will withstand the effects of earthquakes.

Texas Rocks and Minerals
by Roselle M. Girard - The University of Texas at Austin
This booklet has been designed to serve as a brief, simple, nontechnical guide that will be of help to school children, amateur collectors, and others who are just beginning to develop an interest in the rocks and minerals of Texas.
(5446 views)

Gems and Gem Minerals
by Oliver C. Farrington - A. W. Mumford
Where do they come from? What are they made of? How can they be distinguished? What is their value? The subject as a whole has been treated from the mineralogical standpoint, as this affords the best basis for a thorough knowledge of gems.
(11942 views)

Geology: The Science of the Earth's Crust
by William J. Miller - P. F. Collier & Son Company
In the preparation of this book the author presents, in popular form, the salient points of a general survey of the whole great science of geology, the science which deals with the history of the earth and its inhabitants as revealed in the rocks.
(6477 views)