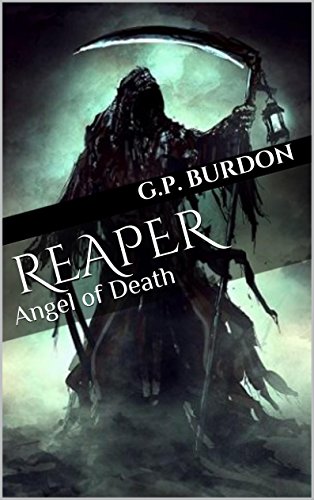 Description:
Darius, a human who lived as a slave until his untimely death allowed him to become a Reaper, discovers another Reaper is consuming the souls of innocent humans to gain power. Darius must thwart this rogue to restore humanity.

The Stones of Arcory
by A A Roi - The New Sci-Fi
Veteran wizard Greylsan Amberglass, ostensibly on a mission to gather chronicles from The Fourth Council's entowered wizards, follows the trail of a doomed borderland margrave in search of his corrupted and dying land's missing Arcory Stones.
(5370 views)

Butcher Bird
by Richard Kadrey - Night Shade Books
Spyder Lee is a happy man who owns a tattoo shop. One night a demon tries to bite his head off before he’s saved by a stranger. The demon infected Spyder so that he can suddenly see the world as it really is: full of angels, demons and monsters.
(12333 views)

Mortal Ghost
by L. Lee Lowe - lleelowe.com
It's a fiery hot summer, and sixteen-year-old Jesse Wright is on the run. An oddly gifted boy, he arrives in a new city where the direction of his life is about to change. He is beset by visions of a stranger who is being brutally tortured.
(5948 views)

The Gryphon Highlord
by Connie Ward - Dragon Moon Press
The Regent of Thylana orders all magic-users permanently banished. After many years the outcasts wish to return. The Regent's niece, the Princess Kathedra, supports their claim. Join Kathedra on her flight to freedom and journey of self-discovery.
(12091 views)