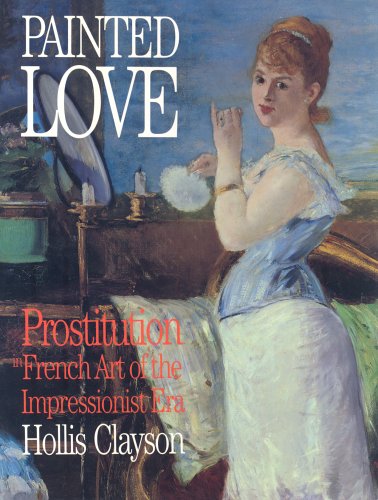 Description:
The volume illuminates not only the imagery of prostitution but also issues and problems relating to women and men in a patriarchal society. It discusses the conspicuous sexual commerce during this era and the resulting public panic about the deterioration of social life and mores and describes the system of regulating prostitutes and the subsequent rise of clandestine prostitutes, who were condemned both for blurring social boundaries and for spreading sexual licentiousness among their moral and social superiors.

Great Masters in Painting: Rembrandt van Rijn
by Malcolm Bell - George Bell & Sons
Rembrandt van Rijn was a Dutch painter and etcher. He is generally considered one of the greatest painters and printmakers in European art history. His contributions to art came in a period that historians call the Dutch Golden Age.
(10261 views)

Men Without Guns; The Abbott Collection of Paintings of Army Medicine
by DeWitt MacKenzie
Paintings by army artists during WW2, from the home front, Italy, Burma, the air war over Europe, the fighting in France, and the Pacific. Artwork, some realistic, some impressionistic, some drawings, some paintings, all done from life.
(17349 views)

Velazquez: Masterpieces in Colour
by S. L. Bensusan - T. C. & E. C. Jack
Before Velazquez even artists forget their controversies; he stands, like Bach and Beethoven in the world of music, respected even by those who do not understand. He has marched unchallenged to the highest place in men's regard.
(10147 views)

Cathedral Cities of Spain: 60 reproductions from original water colours
by W. W. Collins
Probably the most interesting moments of the trip abroad by the architectural students are those spent in sketching bits of interest in water color. Nothing is so helpful, so reminiscent as these same notes of color when viewed in alter years.
(13463 views)