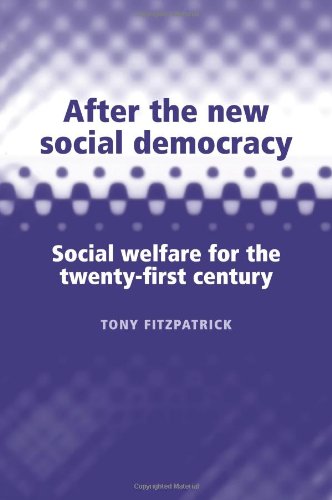 After the New Social Democracy: Social Welfare for the 21st Century
by Tony Fitzpatrick

Description:
Social democracy has made a political comeback in recent years, especially under the influence of the Third Way. Not everyone is convinced, however, that Third Way social democracy is the best means of reviving the Left's project. This book considers this dissent and offers an alternative approach.

Who Will Be the Next President?
by Alexander S. Belenky - Springer
This book addresses the peculiarities of the current presidential election system. It argues that any rules for electing a President that may replace the current ones should provide an equal representation of states as equal members of the Union ...
(1951 views)

Contemporary Empirical Political Theory
by Kristen R. Monroe - University of California Press
How can we best understand the major debates and recent movements in contemporary empirical political theory? In this volume, the contributors present their views of the central core, methodologies and development of empirical political science.
(9389 views)

The Second Twentieth Century
by Jean-Jacques Rosa - Hoover Institution Press
Jean-Jacques Rosa shows how the transformation in communication and information technology has led to the downfall of twentieth century political and corporate hierarchies and is a driving force behind today's democratic free-market trend.
(5926 views)