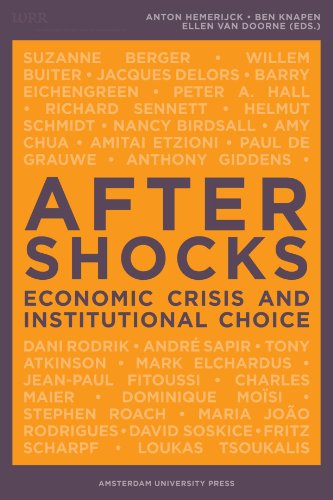 Description:
The book contains essays based on semi-structured interviews with leading scholars, European politicians and representatives from the world of business. They reflect on the origins of the crisis as well as the possible social, economic, and political transformations it may engender.

The Betrayal of the American Right
by Murray N. Rothbard - Ludwig von Mises Institute
This book will change the way you look at American politics. It shows that the corruption of American 'conservatism' began long before George W. Bush ballooned the budget and asserted dictatorial rights over the country and the world.
(12441 views)

The Global Economic Crisis: Systemic Failures and Multilateral Remedies
- UNCTAD
The report highlights the areas in which the global economy experienced systemic failures. UNCTAD examines some of the problems to be tackled immediately because they can only be addressed through recognition of their multilateral dimensions.
(13587 views)