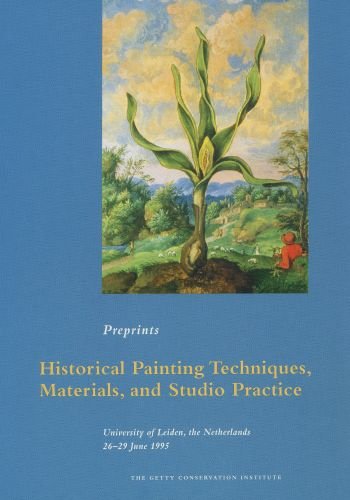 Description:
Topics cover the latest art historical research and scientific analyses of original techniques and materials, as well as historical sources, such as medieval treatises and descriptions of painting techniques in historical literature. Chapters include the painting methods of Rembrandt and Vermeer, Dutch 17th-century landscape painting, wall paintings in English churches, Chinese paintings on paper and canvas, and Tibetan thangkas.

The Standard Galleries of Holland
by Esther Singleton - Cambridge University Press
This guide leads the tourist rapidly through the most important picture-galleries of Holland, and points out the pictures that all the world talks about; and gives some account of the Dutch masters, their qualities as exemplified in their works.
(10647 views)

Great Masters in Painting: Rembrandt van Rijn
by Malcolm Bell - George Bell & Sons
Rembrandt van Rijn was a Dutch painter and etcher. He is generally considered one of the greatest painters and printmakers in European art history. His contributions to art came in a period that historians call the Dutch Golden Age.
(12135 views)

A Text-Book of the History of Painting
by John C. Van Dyke - Longmans, Green and Co
This textbook provides concise history of painting for class-room use in schools and colleges. It is given a short critical estimate of the individual painter and his rank among the painters of his time rather than the detailed facts of his life.
(16157 views)