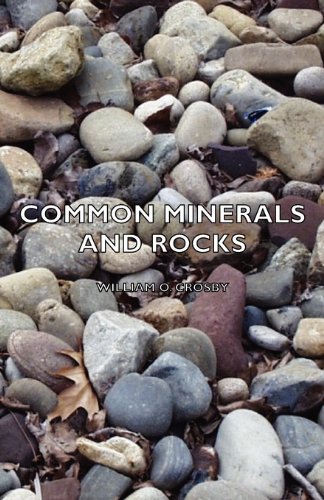 Description:
Our work in this short course will be limited to dynamical and structural geology. We will attempt, first, a general sketch of the forces now concerned in the formation of rocks and rock-structures; and after that we will study the composition and other characteristics of the common minerals and rocks.

Earthquakes
by Louis Pakiser, Kaye M. Shedlock - U.S. Geological Survey
Today we are challenging the assumption that earthquakes must present an uncontrollable and unpredictable hazard to life and property. Scientists have begun to estimate the locations and likelihoods of future damaging earthquakes ...
(6920 views)

Volcanoes of the United States
by Steven R. Brantley - US. Government Printing Office
The U.S. ranks third, behind Indonesia and Japan, in the number of historically active volcanoes. A few volcanoes have produced some of the largest and most dangerous types of eruptions in this century, while several others have threatened to erupt.
(1627 views)

Manual of the Chemical Analysis of Rocks
by Henry Stephens Washington - Wiley
This book presents to chemists, petrologists, mining engineers and others who have not made a particular study of quantitative analysis, a selection of methods for the chemical analysis of silicate rocks, and especially those of igneous origin.
(16342 views)

Ancient Landscapes of the Grand Canyon Region
by Edwin Dinwiddie McKee - Coconino Sun Co.
From the rim of the Grand Canyon one not only looks down through tremendous space, but also through time, glimpsing the record of vast ages, measurable not in centuries but in millions and even hundreds of millions of years.
(3187 views)