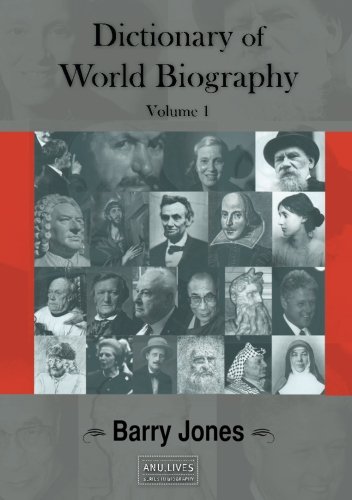 Description:
Mahatma Ghandi to Madonna, Jesus Christ to Jimmy Carter from a Non-American and Non-European veiwpoint. Jones is an Australian politician, writer and lawyer, born in Geelong, educated at Melbourne University. He took a leading role in reviving the Australian film industry, abolishing the death penalty in Australia, and was the first politician to raise public awareness of global warming...

Life of Beethoven
by Anton Schindler - Henry Colburn Pub.
The life of Beethoven, including his correspondence with his friends, numerous characteristic traits, and remarks on his musical works. The work was first published in 1840 and had a great deal of influence on later Beethoven biography.
(10272 views)

Antonio Stradivari
by Horace William Petherick - Project Gutenberg
This is a biographical sketch of the great Cremonese master, expressed in a manner interesting and instructive as possible. The author abstained from using technical terms not readily comprehended by a reader coming newly to the subject.
(9062 views)

God's Gold: The Story of Rockefeller and His Times
by John T. Flynn - Mises Institute
The classic and extraordinary full biography of John D. Rockefeller. Flynn shows how Rockefeller employed the tools of capitalism to become enormously rich, and how this unleashed the most unexpected backlash from anti-capitalists of all sorts.
(17115 views)

Leonardo da Vinci: A Life From Beginning to End
- Hourly History
Creativity is found in our very DNA, something not known to Leonardo da Vinci or anyone else who lived in his time. All he did was to uncover the hidden genius which lay within himself, and he used that inner genius to the very best of his abilities.
(5400 views)