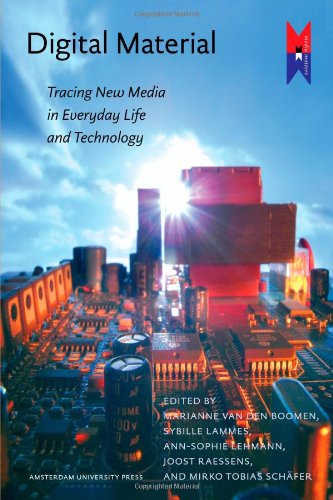 Description:
The contributors to the present book, all employed in teaching and researching new media and digital culture, assembled their 'digital material' into an anthology, covering issues ranging from desktop metaphors to Web 2.0 ecosystems, from touch screens to blogging and e-learning, from role-playing games and cybergothic music to wireless dreams. Together the contributions provide a showcase of current research in the field, from what may be called a 'digital-materialist' perspective.

Media and Participation: A site of ideological-democratic struggle
by Nico Carpentier - Intellect Ltd
This book looks at participation as a structurally unstable concept and as the object of a political struggle that makes it oscillate between minimalist and maximalist versions. This struggle is analysed in theoretical reflections in five fields.
(2489 views)

Performing the Digital
by T. Beyes, M. Leeker, I. Schipper - De Gruyter Open
The contributions engage with the implications of digital media and its networked infrastructures for modulations of affect and the body, for performing cities, protest, organization and markets, and for the performativity of critique.
(1190 views)