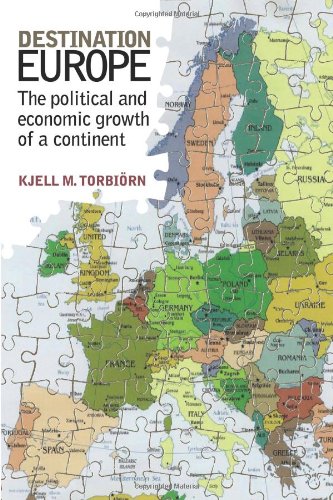 Destination Europe: The political and economic growth of a continent
by Kjell M. Torbiorn

Description:
Destination Europe interprets and interrelates the major political, economic and security developments in Europe - including transatlantic relations - from the end of the Second World War up until the present time, and looks ahead to how the continent may evolve politically in the future.

Lenin's Brain and Other Tales from the Secret Soviet Archives
by Paul R. Gregory - Hoover Institution Press
An enlightening look into the once-secret Soviet state and party archives that Western scholars first gained access to in the 1990s. Paul Gregory breaks down a decades-old wall of secrecy to reveal intriguing new information on various subjects.
(8715 views)

A Thousand Years of Russian History
by Sonia E. Howe - Williams and Norgate
The aim in this book is to convey general impressions of the various stages passed through by Russia in the course of her evolution, and to give sketches of the lives of those rulers who have stamped their era with the mark of their personality.
(8938 views)