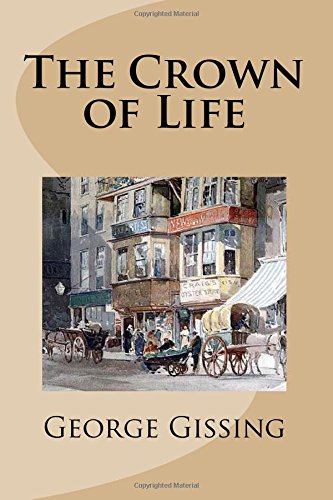 The Crown of Life
by George Gissing

Description:
In this novel, a struggling young man sets his mind, quite arbitrarily, on gaining one particular woman's affection. It looks like mission impossible, for social reasons, but he doesn't give up and keeps dreaming and trying for years. The target woman was a tease when they met, while the man was a spineless nobody.

Thyrza
by George Gissing - Dutton
Gissing tells the story of the martyrdom of Thyrza Tennant. She is pregnant by Andy McAdam; who not only refuses to marry her, but also marries her sister Laura instead. Thyrza never reveals the identity of the father. Barton Gorse loves Thyrza ...
(3956 views)

A Life's Morning
by George Gissing - Smith, Elder & Co.
The story of a poor, yet cultivated, young woman, Emily Hood. While serving as a governess to a wealthy country family, she becomes enamored of her employer's son, and the two are engaged. However, she is confronted by her father's employer ...
(4099 views)

Our Friend the Charlatan
by George Gissing - Chapman and Hall
A charming social satire about Dyce Lashmar, a young Oxford educated man with no discernible talents, but an unwavering confidence in his own abilities. This book is a rarity even to Gissing's admirers. The book was written late in the author's life.
(4398 views)

The Paying Guest
by George Gissing - Cassell
A satirical novella by George Gissing. It recounts the experiences of the Mumfords, a middle-class family who invite a paying guest into their home to supplement their income. Written in an unusually comic tone compared with Gissing's earlier works.
(4026 views)