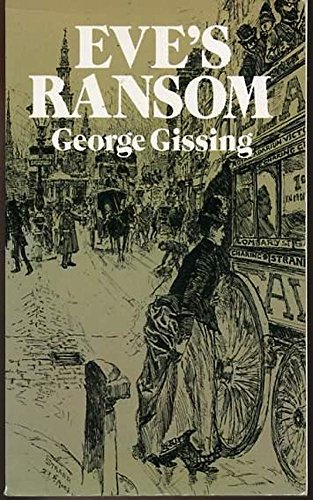 Description:
Eve's Ransom is a short novel concerning the efforts of a young man to, in effect, buy the affection of a mysterious young woman. Introspective, thoughtful people struggling to balance very human impulses with a sense of social responsibility.

The Unclassed
by George Gissing - Chapman & Hall
The story of a young, educated man, Osmond Waymark, who survives by teaching. He answers a magazine advertisement, placed by a half-Italian who had felt himself to be rejected by society -- for companionship and the two strike up a friendship.
(3350 views)

Our Friend the Charlatan
by George Gissing - Chapman and Hall
A charming social satire about Dyce Lashmar, a young Oxford educated man with no discernible talents, but an unwavering confidence in his own abilities. This book is a rarity even to Gissing's admirers. The book was written late in the author's life.
(3797 views)

Thyrza
by George Gissing - Dutton
Gissing tells the story of the martyrdom of Thyrza Tennant. She is pregnant by Andy McAdam; who not only refuses to marry her, but also marries her sister Laura instead. Thyrza never reveals the identity of the father. Barton Gorse loves Thyrza ...
(3444 views)