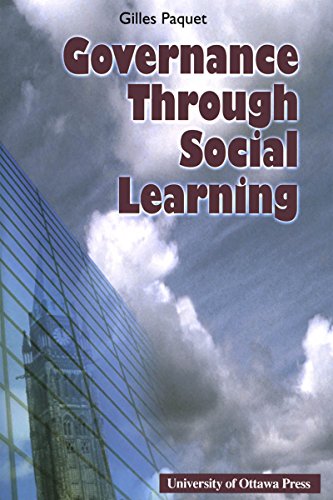 Description:
This book rejects the simplistic views in favour of a more distributed view of governance based on a mix of coercion, quid pro quo market exchange and reciprocity, on a division of labour among the private, public, and civic sectors, and on the co-evolution of these different integration mechanisms. This book is for both practitioners confronted with governance issues and for citizens trying to make sense of the world around them.

America at Century's End
by Alan Wolfe - University of California Press
This book presents twenty-two sociological essays which form a surprising portrait of America in the throes of change. Michael Schudson's chapter on the media and Bart Landry's piece on racism provide the high points of the collection.
(11262 views)

Data Analysis for Politics and Policy
by Edward R. Tufte - Prentice Hall
A great book for the beginning data analyst and a must for political science graduate students. It is a clear introduction to the use of regression analysis. Edward Tufte was a political scientist of the first order and a teacher par excellence.
(7532 views)

The End of Loser Liberalism: Making Markets Progressive
by Dean Baker - Center for Economic and Policy Research
Progressives need a fundamentally new approach to politics. They have been losing not just because conservatives have so much more money and power, but also because they have accepted the conservatives' framing of political debates...
(4663 views)

The Dropping of the Atomic Bomb: Truman's True Intentions
by Dominick Abel Severance - Christendom College
Truman’s true intention was to use the destruction of a Japanese city to shock the world and manipulate the horror and destructive power of the bomb to create fear in the international community to ensure the security of American political interests.
(13327 views)