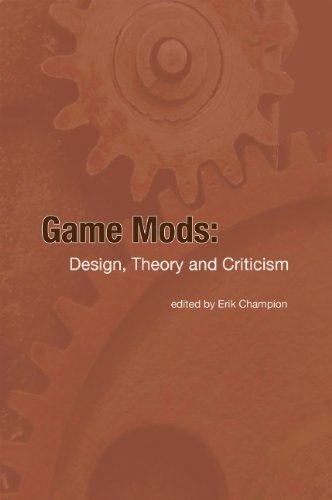 Description:
Are games worthy of academic attention? Can they be used effectively in the classroom, in the research laboratory, as an innovative design tool, as a persuasive political weapon? Game Mods: Design, Theory and Criticism aims to answer these and more questions.

PSX: The Guide to the Sony Playstation
by Kevin Bryan - Lulu.com
The Sony Playstation is the single most successful home video game system ever released, dominating in the USA and Europe. This book provides information on every American release and interviews some of the creators of the Playstation's best games.
(7880 views)

DOOM: SCARYDARKFAST
by Dan Pinchbeck - University of Michigan Press
In 1993, id Software's seminal shooter DOOM was released and it shook the foundations of the medium. This is a book about the most important first-person game ever made; about the blueprint that has defined one of the most successful gaming genres.
(5544 views)

Play Redux: The Form of Computer Games
by David Myers - University of Michigan Press
A critical analysis of the aesthetic pleasures of video game play, drawing on early twentieth-century formalist theory and models of literature. Play Redux will generate interest among scholars of communications, new media, and film.
(7368 views)

This Gaming Life: Travels in Three Cities
by Jim Rossignol - University of Michigan Press
Torn between unabashed optimism about the future of games and lingering doubts about whether they are just a waste of time, the book 'This Gaming Life' raises some important questions about this new and vital cultural form.
(5136 views)