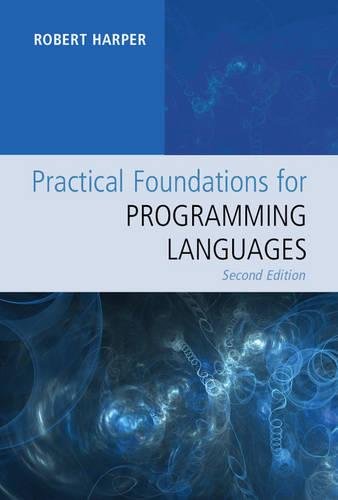 Description:
This is a working draft of a book on the foundations of programming languages. The central organizing principle of the book is that programming language features may be seen as manifestations of an underlying type structure that governs its syntax and semantics. The emphasis, therefore, is on the concept of type, which codiﬁes and organizes the computational universe in much the same way that the concept of set may be seen as an organizing principle for the mathematical universe. The purpose of this book is to explain this remark.

Semantics With Applications: A Formal Introduction
by Hanne Riis Nielson, Flemming Nielson - John Wiley & Sons
The book covers the foundations of structural operational semantics and natural semantics. It shows how to describe the semantics of declarative as well as imperative language constructs and will also touch upon non-sequential constructs.
(10451 views)

Formal Languages
by Keijo Ruohonen - Tampere University of Technology
In these notes the classical Chomskian formal language theory is fairly fully dealt with, omitting however much of automata constructs and computability issues. Surveys of Lindenmayer system theory and the mathematical theory of codes are given.
(5928 views)