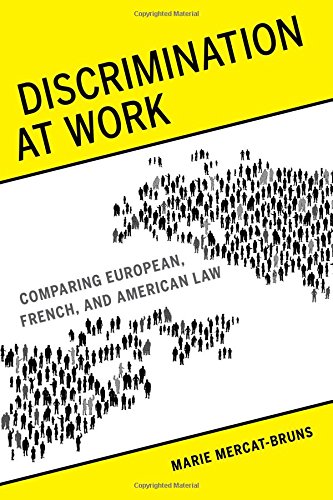 Description:
Powerful and incisive, the book examines hot-button issues such as racial and religious bias, sexual harassment, gender discrimination, and equality for LGBT individuals, highlighting comparisons that will further discussions on social equality and fundamental human rights across borders.

The Human Freedom Index
by Ian Vasquez, Tanja Porcnik - Fraser Institute
The Human Freedom Index is the most comprehensive measure of freedom ever created for a large number of countries around the globe. It captures the degree to which people are free to enjoy major liberties such as freedom of speech, religion, etc.
(3698 views)

Can Human Rights Survive?
by Conor Gearty - Cambridge University Press
In this set of three essays, originally presented in 2005, Conor Gearty considers whether human rights can survive the challenges of the war on terror, the revival of political religion, and the steady erosion of the world's natural resources.
(4828 views)

Tortured Justice: Using Coerced Evidence to Prosecute Terrorist Suspects
by Deborah Colson, Avi Cover - Human Rights First
The book finds the Bush Administration has undercut its own intended use of the military commission system at Guantanamo Bay by allowing the admission of coerced evidence. The report focuses on six prisoners who have alleged abuse while in custody.
(6949 views)

Human Rights and Democracy: The Precarious Triumph of Ideals
by Todd Landman - Bloomsbury Academic
The author combines an overview of the key theoretical models of democracy and human rights with a state-of-the-art survey which reports on trade-offs between achievements, set-backs and challenges in some of the world's 'hotspots'.
(4464 views)