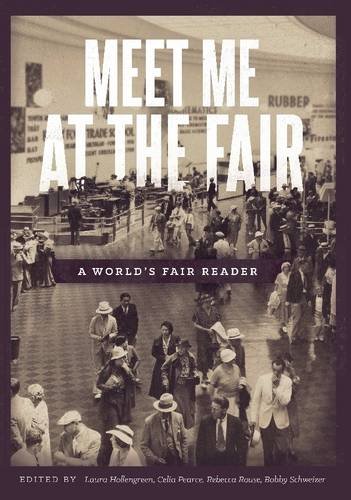 Meet Me at the Fair: A World's Fair Reader
by Laura Hollengreen, et al.

Description:
The authors investigate world's fairs in their multiple aspects: political, urban/architectural, anthropological/sociological, technological, commercial, popular, and representational. The volume presents its own phantasmagoria of disciplinary perspectives, historical periods, geographical locales, media, and messages, mirroring the microcosmic form of the world's fair itself.

Maximizing the Impacts of Your Research: A Handbook for Social Scientists
- LSE Public Policy Group
This Handbook opens the door to researchers achieving a more focused approach to their research. It provides sound advice and guidance on how to ensure that your work achieves its maximum visibility with both academic and external audiences.
(6305 views)

Globalization and the City: Two Connected Phenomena in Past and Present
by Andreas Exenberger, et al. - Innsbruck University Press
This book is dedicated to contribute to the growing literature connecting the history of cities worldwide and their relation to global processes. The authors do so from various disciplinary backgrounds and by referring to different times and places.
(5332 views)

Conducting Research Surveys via E-mail and the Web
by M. Schonlau, R.D. Fricker, M.N. Elliott - Rand Publishing
Internet-based surveys, although still in their infancy, are becoming increasingly popular because they are believed to be faster, better, cheaper, and easier to conduct than surveys using more-traditional telephone or mail methods.
(6779 views)

Forced Migration and Mortality
- National Academies Press
The book examines mortality patterns in complex humanitarian emergencies, reviewing the state of knowledge, as well as how patterns may change in the new century. It contains four case studies of mortality in recent emergencies ...
(3264 views)