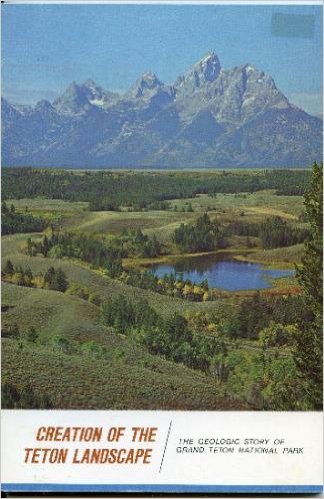 Description:
This booklet, prepared by two members of the U.S. Geological Survey, discusses how geologic phenomena are responsible for the magnificent scenery of the Teton region. Colorfully illustrated look at the park's geologic makeup, includes colorful back-cover fold-out geologic map of the park.

Geology: The Science of the Earth's Crust
by William J. Miller - P. F. Collier & Son Company
In the preparation of this book the author presents, in popular form, the salient points of a general survey of the whole great science of geology, the science which deals with the history of the earth and its inhabitants as revealed in the rocks.
(6642 views)

The Principles of Stratigraphical Geology
by J. E. Marr - Cambridge University Press
It is the aim of the Stratigraphical Geologist to record the events which have occurred during the existence of the earth in the order in which they have taken place. He tries to restore the physical geography of each period of the past ...
(13067 views)

Shaping a Nation: A Geology of Australia
by Richard Blewett (ed.) - ANU Press
Presented in a refreshingly non-linear format, the book summarises much of what we know about this country's geological history, discussing the fossil record and evolution of life across the continent, describing its mineral and energy reserves.
(4882 views)