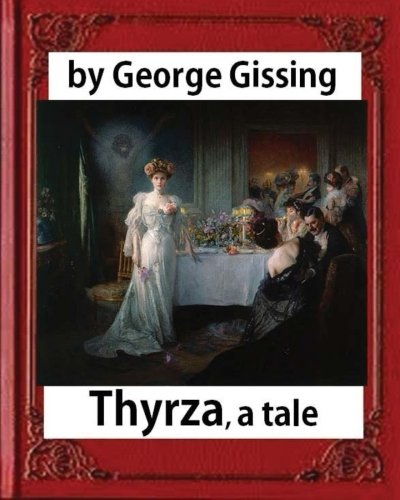 Description:
Gissing tells the story of the martyrdom of Thyrza Tennant. She is pregnant by Andy McAdam; who not only refuses to marry her, but also marries her sister Laura instead. Thyrza never reveals the identity of the father. Barton Gorse loves Thyrza and wants to marry her, but she refuses believing that if she does marry him everyone will think Barton is the father...

The Unclassed
by George Gissing - Chapman & Hall
The story of a young, educated man, Osmond Waymark, who survives by teaching. He answers a magazine advertisement, placed by a half-Italian who had felt himself to be rejected by society -- for companionship and the two strike up a friendship.
(3350 views)

Eve's Ransom
by George Gissing - Lawrence & Bullen
Eve's Ransom is a short novel concerning the efforts of a young man to, in effect, buy the affection of a mysterious young woman. Introspective, thoughtful people struggling to balance very human impulses with a sense of social responsibility.
(3407 views)

A Life's Morning
by George Gissing - Smith, Elder & Co.
The story of a poor, yet cultivated, young woman, Emily Hood. While serving as a governess to a wealthy country family, she becomes enamored of her employer's son, and the two are engaged. However, she is confronted by her father's employer ...
(3601 views)