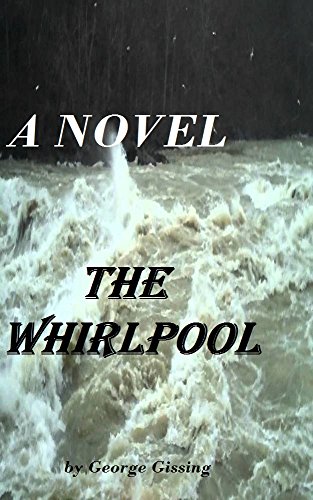 The Whirlpool
by George Gissing

Description:
A grim, pessimistic and thoughtful examination of materialistic, fast-paced urban life and of the difficulties of what today is frequently described as companionate marriage. Of all Gissing's novels, this book is probably the most modernistic in tone.

Charles Dickens: A Critical Study
by George Gissing - Dodd, Mead and company
The first piece of thorough criticism of Charles Dickens and his works. Published when Dickens' literary reputation was at its lowest ebb, it helped to instigate a revival of appreciation for the novelist which has continued unabated ever since ...
(2933 views)

Demos
by George Gissing - Smith, Elder & Co.
The author tells the story of a young, lower-class, Radical working-man, Richard Mutimer, who unexpectedly inherits a large fortune. He becomes the leader of a socialist movement and decides to use his inheritance to set up a cooperative factory ...
(2342 views)

New Grub Street
by George Gissing
The story of men and women forced to make their living by writing. Their daily lives and broken dreams, made and marred by the rigors of urban life and the demands of the fledgling mass communications industry, are presented with vivid realism.
(5544 views)

Sleeping Fires
by George Gissing - T. Fisher Unwin
A short novella that explores the possibility of finding a former love and overcoming grief and guilt in middle and late life. The protagonist initially struggles in the clutches of fate but then comes to terms with existence and its challenges.
(2399 views)