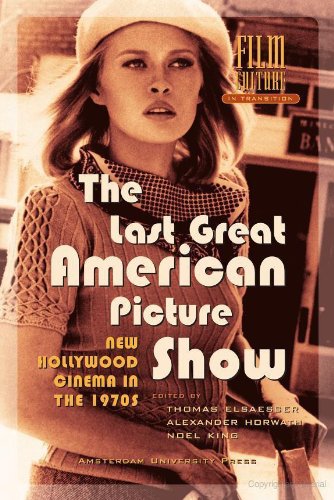 Description:
Identified with directors such as Sam Peckinpah, Arthur Penn, Peter Bogdanovich, Monte Hellman, Bob Rafelson, Hal Ashby and Robert Altman, American cinema of the 1970s is long overdue for this re-evaluation. Many of the films have not only come back from oblivion, as the benchmark for new directorial talents. They have also become cult films in the video shops and the classics of film courses all over the world.

Movie Making Manual
- Wikibooks
Filmmaking is the process of making a film. The nature of the film determines the size and type of crew required during filmmaking. This manual is intended as a complete guide to filmmaking, the emphasis is on the practical.
(8720 views)

Fairy Tale Films
by Pauline Greenhill, Sidney Eve Matrix - Utah State University Press
Here, scholars from film, folklore, and cultural studies move discussion beyond the well-known Disney movies to the many other filmic adaptations of fairy tales and to the widespread use of fairy tale tropes, themes, and motifs in cinema.
(2063 views)

The Beatles on Film
by Roland Reiter - Transcript-Verlag
This book provides the production history and a contextual interpretation of The Beatles' movies (A Hard Day's Night, Help!, Yellow Submarine, Let It Be) and describes their ability to project the group's image at different stages in their career.
(4004 views)