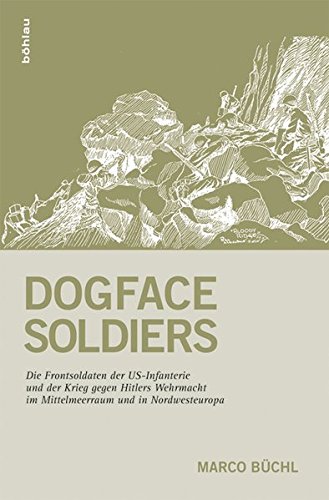 Description:
Dogface Soldiers is an interdisciplinary and image centered cultural history of the Army of the United States' infantry riflemen in the Mediterranean- and European Theaters of Operations of World War II. Its methods transcend the boundaries of conventional historiography and make use of Clifford Geertz's anthropological method of thick description as well as military used comprehensive analysis methods.

Psychological Warfare
by Paul Myron Anthony Linebarger - Duell, Sloan and Pearce
This book is the product of experience rather than research, of consultation rather than reading. I have tried to incorporate those concepts and doctrines which found readiest acceptance among the men actually doing the job.
(4628 views)

Decisive Battles of the World
by Edward Shepherd Creasy - The Colonial press
Fifteen decisive battles of the world from Marathon to Waterloo. A famous book which is not merely lodged in libraries, but is read and re-read. The stories the writer tells are as interesting in narrative as human struggle is itself interesting.
(16471 views)

Within Limits: The U.S. Air Force and the Korean War
by Wayne Thompson, Bernard C. Nalty - Air Force History and Museums
Despite American success in preventing the conquest of South Korea by communist North Korea, the Korean War of 1950 - 1953 did not satisfy Americans who expected the kind of total victory they had experienced in World War II ...
(5034 views)