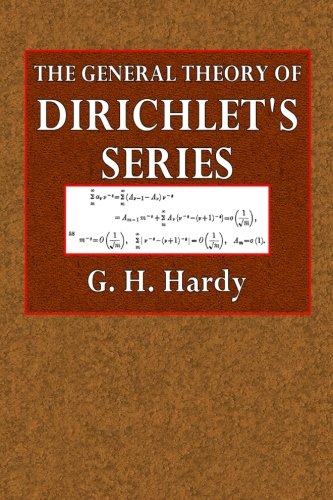 Description:
This classic work explains the theory and formulas behind Dirichlet's series and offers the first systematic account of Riesz's theory of the summation of series by typical means. Its authors rank among the most distinguished mathematicians of the twentieth century.

A Primer of Real Analysis
by Dan Sloughter - Synechism.org
This is a short introduction to the fundamentals of real analysis. Although the prerequisites are few, the author is assuming that the reader has the level of mathematical maturity of one who has completed the standard sequence of calculus courses.
(5064 views)

An Introductory Single Variable Real Analysis
by Marcel B. Finan - Arkansas Tech University
The text is designed for an introductory course in real analysis suitable to upper sophomore or junior level students who already had the calculus sequel and a course in discrete mathematics. The content is considered a moderate level of difficulty.
(10835 views)