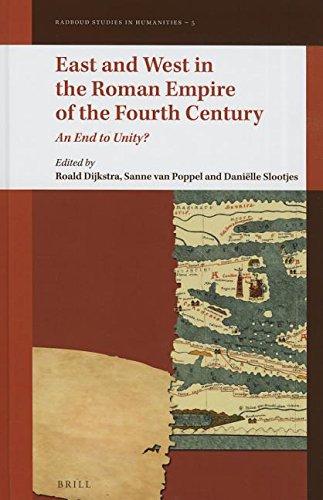 East and West in the Roman Empire of the Fourth Century
by Roald Dijkstra (ed.)

Description:
The book examines the (dis)unity of the Roman Empire in the fourth century from different angles, in order to offer a broad perspective on the topic and avoid an overvaluation of the political division of the empire in 395. After a methodological key-paper on the concepts of unity, the other contributors elaborate on these notions from various geopolitical perspectives.

A Lightning Spark for Pompeian Visitors
by Vittorio Macchioro - Mary E. Raiola
The author gives to those who visit Pompei some ideas that may be for them a kind of lightning spark, so that they may penetrate into the very heart of the Roman civilization, and look at it and consider it like a live matter.
(6873 views)

A History of Rome to 565 A. D.
by Arthur E. R. Boak - The MacMillan Company
This sketch of the History of Rome is primarily intended to meet the needs of introductory college courses in Roman History. However, it is hoped that it may also prove of service as a handbook for students of Roman life and literature in general.
(10495 views)