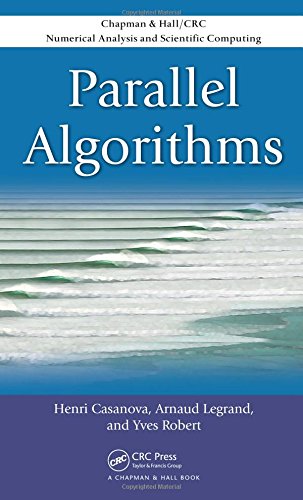 Description:
The aim of this book is to provide a rigorous yet accessible treatment of parallel algorithms, including theoretical models of parallel computation, parallel algorithm design for homogeneous and heterogeneous platforms, complexity and performance analysis, and fundamental notions of scheduling. The focus is on algorithms for distributed-memory parallel architectures in which computing elements communicate by exchanging messages.

Programming on Parallel Machines
by Norm Matloff - University of California, Davis
This book is aimed more on the practical end of things, real code is featured throughout. The emphasis is on clarity of the techniques and languages used. It is assumed that the student is reasonably adept in programming and linear algebra.
(7170 views)

Parallel Complexity Theory
by Ian Parberry - Prentice Hall
The rapid growth of parallel complexity theory has led to a proliferation of parallel machine models. This book presents a unified theory of parallel computation based on a network model. It is the first such synthesis in book form.
(7644 views)