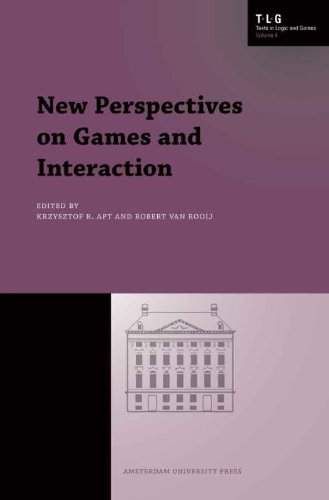 Description:
This important collection testifies to the growing importance of game theory as a tool to capture the concepts of strategy, interaction, argumentation, communication, cooperation and competition. Also, it provides evidence for the richness of game theory and for its impressive and growing application.

Agent-Based Evolutionary Game Dynamics
by L.R. Izquierdo, S.S. Izquierdo, W.H. Sandholm - Pressbooks
This book is a guide to implement simple agent-based evolutionary models using NetLogo. All the models we implement are agent-based, i.e. individual agents and their interactions are explicitly represented in the models ...
(3160 views)

The Compleat Strategyst: Being a Primer on the Theory of Games of Strategy
by John D. Williams - RAND Corporation
When this book was originally published in 1954, game theory was an esoteric and mysterious subject. Its popularity today can be traced at least in part to this book, which popularized the subject for amateurs and professionals throughout the world.
(15990 views)

Game Theory and Institutional Economics
by Wolfram Elsner, et al. - MDPI AG
This volume pursues the question of the emergence of institutions and hierarchy, analyzes algorithms of strategy change in evolutionary game models, and takes a historical point of view on the development of game theory during the cold war.
(5010 views)