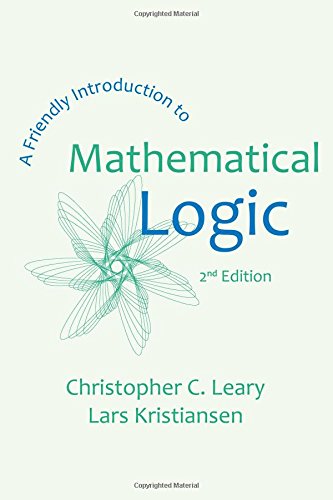 Description:
At the intersection of mathematics, computer science, and philosophy, mathematical logic examines the power and limitations of formal mathematical thinking. In this edition, readers with no previous study in the field are introduced to the basics of model theory, proof theory, and computability theory. The text is designed to be used either in an upper division undergraduate classroom, or for self study.

A Problem Course in Mathematical Logic
by Stefan Bilaniuk
An introduction to mathematical logic for undergraduates. It supplies definitions, statements of results, and problems, along with some explanations, examples, and hints. The idea is to learn the material by solving the problems.
(17187 views)

Logic for Computer Scientists
by Uli Furbach - Wikibooks
This book is intended for computer scientists and it assumes only some basic mathematical notions like relations and orderings. The aim was to create an interactive script where logics can be experienced by interaction and experimentation.
(7345 views)