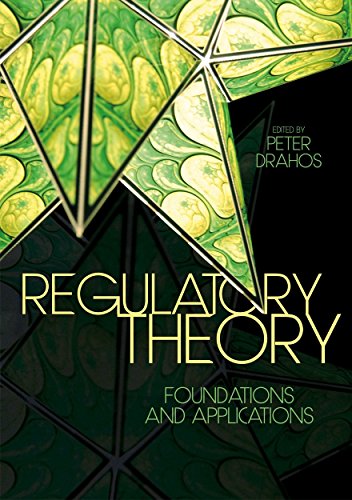 Description:
This volume introduces readers to regulatory theory. Aimed at practitioners, postgraduate students and those interested in regulation as a cross-cutting theme in the social sciences, Regulatory Theory includes chapters on the social-psychological foundations of regulation as well as theories of regulation such as responsive regulation, smart regulation and nodal governance. It explores the key themes of compliance, legal pluralism, meta-regulation, the rule of law, risk, accountability, globalization and regulatory capitalism.

Constitutional Fundamentals
by H.W.R. Wade - Stevens & Sons
The book addresses some of the key issues facing the British Constitution, such as fair representation of the electorate in Parliament, the problem of entrenching a Bill of Rights and the use of the powers of the Executive and Judiciary.
(6114 views)

Elements of Political Communication
- Wikibooks
This style guide is an introductory wiki-book for beginners who want to produce political messages in various media formats. It is not a rule book; rather, it is a set of guidelines to facilitate effective political communication.
(5295 views)

The Future of American Intelligence
by Peter Berkowitz - Hoover Institution Press
These essays from a diverse group of distinguished contributors deepen our understanding of the new national security threats posed by terrorism, by the proliferation of weapons of mass destruction, and by the spread of Islamic extremism.
(6311 views)