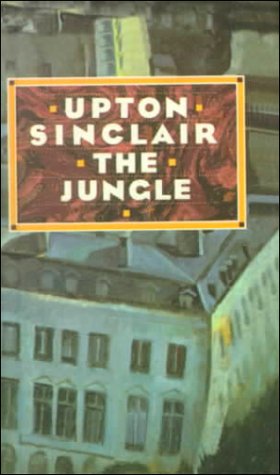 The Jungle
by Upton Sinclair

Description:
Upton Sinclair's The Jungle is a vivid portrait of life and death in a turn-of-the-century American meat-packing factory. A grim indictment that led to government regulations of the food industry, The Jungle is Sinclair's extraordinary contribution to literature and social reform.

The Awakening
by Kate Chopin - H. S. Stone & company
The Awakening is a short novel by Kate Chopin, first published in 1899. It so disturbed critics and the public that it was banished for decades afterward. This brief novel is widely considered to be a proto-feminist precursor to American modernism.
(12246 views)

The Good Soldier
by Ford Madox Ford - The Bodley Head
A veteran of service in India, Captain Edward Ashburnham appears to be the ideal 'good soldier' and the embodiment of English upper-class virtues. But for his creator, Ford Madox Ford, he also represents the corruption at society's core
(10290 views)

The Tower of Oblivion
by Oliver Onions - The Macmillan Company
An extravaganza based on the juvenating gland and its endless possibilities. A novel of topsy-turviness in man's aging process, so original in its conception that it would be a pity to summarize it for you - written with distinction of manner.
(5725 views)