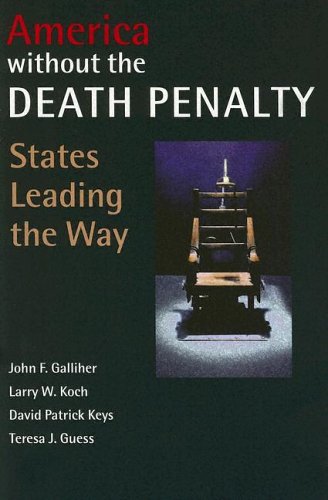 Description:
Nationwide surveys indicate that the number of Americans who favor the death penalty is declining. As the struggle over capital punishment rages on, twelve states and the District of Columbia have taken bold measures to eliminate the practice. This landmark study is the first to examine the history and motivations of those jurisdictions that abolished capital punishment and have resisted the move to reinstate death penalty statutes.

Sources of American Law: An Introduction to Legal Research
by Beau Steenken, Tina M. Brooks - eLangdell Press
This text introduces first-year law students to the new kind of research required to study and to practice law. It seeks to demystify the art of legal research by following a 'Source and Process' approach. The book focuses mainly on the basics.
(4397 views)

Electronic Signatures in Law
by Stephen Mason - Institute of Advanced Legal Studies
This fourth edition of the well-established practitioner text sets out what constitutes an electronic signature; the form an electronic signature can take; and discusses the issues relating to evidence - illustrated by analysis of relevant case ...
(3292 views)

Commercial Law in the Next Millennium
by Royston Miles Goode - Sweet and Maxwell
In this book, Roy Goode examines some of the key issues shaping commercial law as we move into a new century. His stimulating re-analysis of fundamental legal principles raises a series of critical questions about the future direction of the law.
(4682 views)

Punishment: Theory and Practice
by Mark Tunick - University of California Press
What actions should be punished? Should plea-bargaining be allowed? How should sentencing be determined? In this original, penetrating study, Mark Tunick explores not only why society punishes wrongdoing, but also how it implements punishment.
(11133 views)