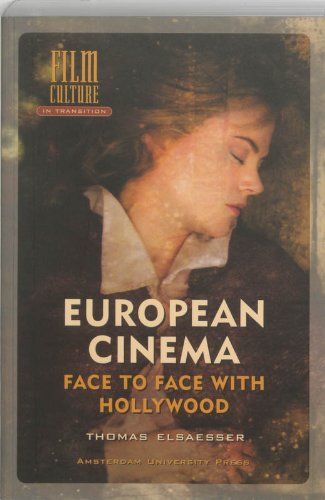 European Cinema: Face to Face with Hollywood
by Thomas Elsaesser

Description:
In the face of renewed competition from Hollywood since the early 1980s and the challenges posed to Europe's national cinemas by the fall of the Wall in 1989, independent filmmaking in Europe has begun to re-invent itself. European Cinema: Face to Face with Hollywood re-assesses the different debates and presents a broader framework for understanding the forces at work since the 1960s.

Hitchcock's Motifs
by Michael Walker - Amsterdam University Press
Starting from recurring objects, settings, character-types and events, Michael Walker tracks some forty motifs, themes and clusters across the whole of Hitchcock's oeuvre, including not only all his films but also episodes from his TV series.
(4954 views)

The Last Great American Picture Show: New Hollywood Cinema in the 1970s
by Thomas Elsaesser et al. - Amsterdam University Press
Identified with directors such as Sam Peckinpah, Arthur Penn, Hal Ashby or Robert Altman, American cinema of the 1970s is long overdue for this re-evaluation. Many of the films have not only come back from oblivion, they have also become cult films.
(6077 views)