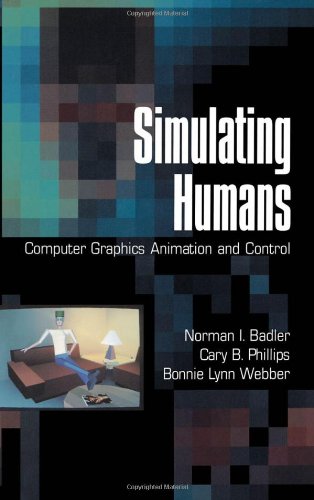 Description:
During the past decade, high-performance computer graphics have found application in an exciting and expanding range of new domains. Among the most dramatic developments has been the incorporation of real-time interactive manipulation and display for human figures. Though actively pursued by several research groups, the problem of providing a synthetic or surrogate human for engineers and designers already familiar with computer-aided design techniques was most comprehensively solved by Norman Badler's computer graphics laboratory at the University of Pennsylvania. The breadth of that effort as well as the details of its methodology and software environment are presented in this volume. The book is intended for human factors engineers interested in understanding how a computer-graphics surrogate human can augment their analyses of designed environments. It will also inform design engineers of the state of the art in human figure modeling, and hence of the human-centered design central to the emergent concept of concurrent engineering. In fulfilling these goals, the book additionally documents for the entire computer graphics community a major research effort in the interactive control of articulated human figures.

Programming Vertex, Geometry, and Pixel Shaders
by Wolfgang Engel, et al.
This reference covers the advanced rendering techniques important for graphics programmers in the game and film industries, and will help them implement these techniques with DirectX 10. Intended for people with background in DirectX8 or DirectX9.
(19709 views)

PNG: The Definitive Guide
by Greg Roelofs - O'Reilly
PNG, the Portable Network Graphics image format, is one little piece of the puzzle. This book makes PNG less puzzling by explaining the motivations behind PNG's creation, the ways in which it can be used, and the tools that can manipulate it.
(14761 views)