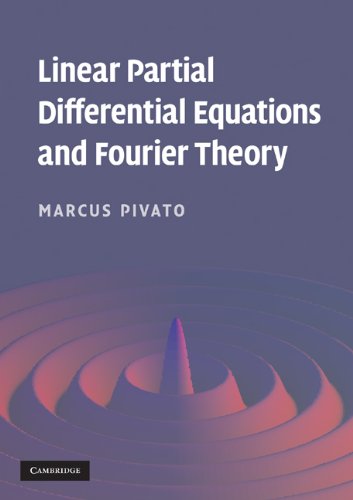 Description:
This is a textbook for an introductory course on linear partial differential equations and initial/boundary value problems. It also provides a mathematically rigorous introduction to basic Fourier analysis, which is the main tool used to solve linear PDEs in Cartesian coordinates. Finally, it introduces basic functional analysis. This is necessary to rigorously characterize the convergence of Fourier series, and also to discuss eigenfunctions for linear differential operators.

Lectures on Topics in Mean Periodic Functions and the Two-Radius Theorem
by J. Delsarte - Tata Institute of Fundamental Research
Subjects treated: transmutations of singular differential operators of the second order in the real case; new results on the theory of mean periodic functions; proof of the two-radius theorem, which is the converse of Gauss's classical theorem.
(7778 views)

Contributions to Fourier Analysis
by A. Zygmund, et al. - Princeton University Press
In the theory of convergence and summability, emphasis is placed on the phenomenon of localization whenever such occurs, and in the present paper a certain aspect of this phenomenon will be studied for the problem of best approximation as well.
(6259 views)