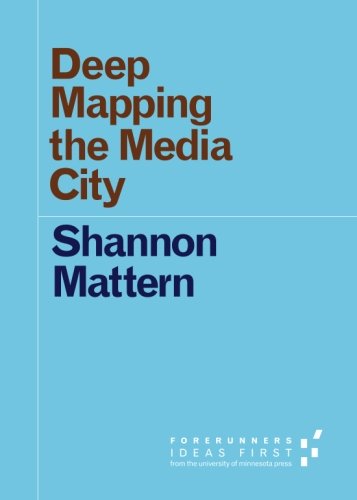 Description:
Using techniques like excavation and mapping to discover the modern city's roots in time, Shannon Mattern advocates for urban media archaeology, a multisensory approach to investigating the material history of networked cities.

We the Media
by Dan Gillmor - O'Reilly Media, Inc.
The book about journalism's transformation from a mass-media structure to something more democratic, a story of evolutionary change and a modern revolution, because technology has given us a toolkit that allows anyone to become a journalist.
(14894 views)

The Hyperlinked Society: Questioning Connections in the Digital Age
by Joseph Turow, Lokman Tsui - University of Michigan Press
The book addresses a series of questions about the ways in which hyperlinks organize behavior online. These essays will be valuable to anyone interested in the connections that structure communication discourse in the world of digital media.
(7967 views)

Medium, Messenger, Transmission: An Approach to Media Philosophy
by Sybille Krämer - Amsterdam University Press
This rich study provides a comprehensive introduction to media philosophy while offering a new perspective on the concept and function of transmission media in all systems of exchange. Kramer uses the figure of the messenger as a key metaphor ...
(4271 views)

Audiovisions : Cinema and Television as Entr'actes in History
by Siegfried Zielinski - Amsterdam University Press
The book reconstructs the genesis of cinema and television as historically relative cultural forms, focussing on the interaction between the apparatus and its uses. It is also a plea for 'staying power' in studies of cultural technology of film.
(4767 views)