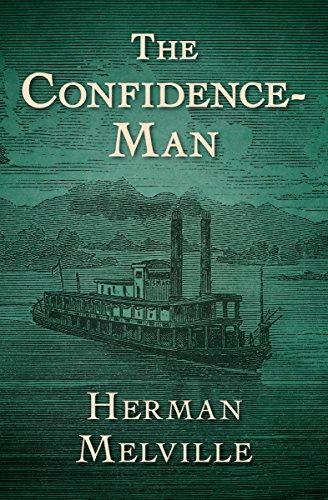 The Confidence-Man: His Masquerade
by Herman Melville

Description:
Onboard the Fidele, a steamboat floating down the Mississippi to New Orleans, a confidence man sets out to defraud his fellow passengers. In quick succession he assumes numerous guises - from a legless beggar and a worldly businessman to a collector for charitable causes and a 'cosmopolitan' gentleman, who simply swindles a barber out of the price of a shave. Making very little from his hoaxes, the pleasure of trickery seems an end in itself for this slippery conman. Is he the Devil?

Israel Potter: His Fifty Years of Exile
by Herman Melville - G. Routledge
A novel in the guise of a biography. In telling the story of Israel Potter's fall from Revolutionary War hero to peddler on the streets of London, crying 'Old Chairs to Mend', Melville alternated between invented scenes and historical episodes ...
(1941 views)

Redburn: His First Voyage
by Herman Melville - Harper & Brothers
Widely believed to be among Melville's most popular works, the book follows the young Wellingborough Redburn on his first journey at sea. A boy on the verge of manhood, Redburn's decision to become a sailor is at odds with his gentle upbringing.
(5469 views)

Omoo: Adventures in the South Seas
by Herman Melville - Harper & Brothers
A sequel to Melville's first South Sea narrative Typee. After leaving the island of Nuku Hiva, the main character ships aboard a whaling vessel that makes its way to Tahiti, after which there is a mutiny and the crew are imprisoned on Tahiti.
(2422 views)

Typee
by Herman Melville - L. C. Page and Co.
Considered a classic in travel and adventure literature, the narrative is based on the author's actual experiences as a captive on the island Nuku Hiva in 1842, and is liberally supplemented with imaginative reconstruction from other books.
(2155 views)