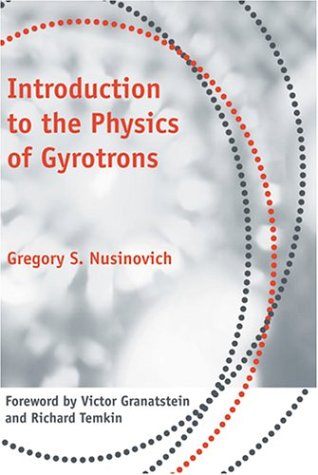 Introduction to the Physics of Gyrotrons
by Gregory S. Nusinovich

Description:
Gregory S. Nusinovich, an early pioneer of the gyrotron and widely regarded today as the world's leading authority on the subject, explains the fundamental physical principles upon which gyrotrons and related devices operate. He explains not only the theory, linear and nonlinear, but also the practical challenges that users of such devices face.

Weak Decay of Hypernuclei
by W.M. Alberico, G. Garbarino - arXiv.org
The focus is on the weak decay modes of hypernuclei, with special attention to Lambda-hypernuclei. The subject involves many fields of modern physics, from nuclear structure to the fundamental constituents of matter and their interactions.
(3735 views)

An Introduction to the Interacting Boson Model of the Atomic Nucleus
by Walter Pfeifer - arXiv
This work introduces into the Interacting Boson Model, created in 1974 and then extended by numerous papers. Many-body configurations with s- and d-boson states are described and creation- and annihilation-operators for bosons are introduced.
(10066 views)