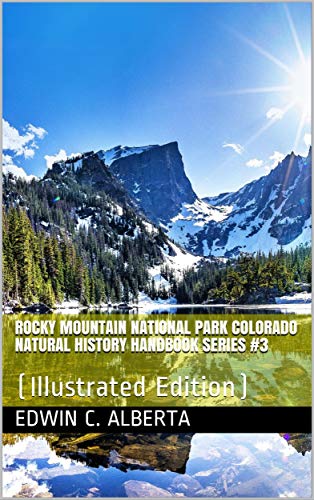 Description:
Rocky Mountain National Park comprises about 400 square miles of the Front Range. The altitude of the park is high, with cool summers the inevitable result. There are more than 65 named peaks exceeding 10,000 feet. The Continental Divide, separating slopes draining to the Pacific Ocean from those draining to the Gulf of Mexico, runs through the park.

Jungle Peace
by William Beebe - Henry Holt & Co.
William Beebe is a good writer, a trained scientific observer, and an enterprising and adventurous traveler. The jungle he herein describes is that of Guiana; and in the introductory chapters he gives cameos of what one sees sailing southward ...
(6730 views)

The Maine Woods
by Henry David Thoreau - Boston Houghton
Over a period of three years, Thoreau made three trips to the woods of Maine. He climbed mountains, paddled a canoe, and dined on cedar beer, hemlock tea and moose lips. He captured a wilder side of America and revealed his own adventurous spirit.
(6342 views)

Bicycles
- Wikibooks
This wikibook is a comprehensive guide to choosing, riding and maintaining bicycles. It aims to be easily understood by the rank amateur whilst also having useful information for budding or experienced cyclists or bike mechanics.
(4539 views)