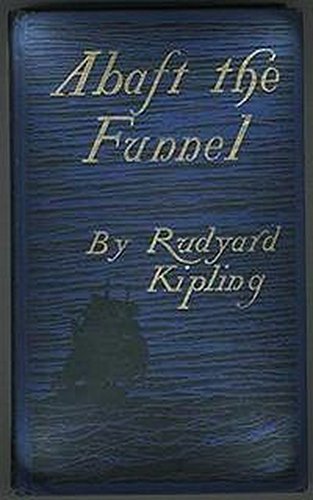 Abaft the Funnel
by Rudyard Kipling

Description:
Collection of previously uncollected short works by Rudyard Kipling including stories, poems and letters. 'Abaft the Funnel' was published (1909) in the United States without Rudyard Kipling's permission, incorporating uncollected early work, followed with an authorized edition issued for copyright reasons by his New York Publishers.

Plain Tales from the Hills
by Rudyard Kipling
Set principally in Shimla, the summer capital of the Raj, Kipling's stories on the manners and mores of British settlers in India are well observed and masterful character studies. The best account of the nature of the Victorian Raj ever written.
(6843 views)

Traffics and Discoveries
by Rudyard Kipling
Kipling's eternal themes of war, colonialism, and cultural conflicts are all addressed and explored in staggering detail in this masterpiece. Powerful characterisation and vivid landscapes combine to produce a series of memorable war stories.
(5298 views)

The Seven Seas
by Rudyard Kipling - D. Appleton
A bitter, disillusioned series of poems centred on Britain's role in colonialism and Empire building. With reverberating lyrics, Kipling writes of the ruthless means that were often employed to add nations to the Empire, and the subsequent effects.
(7386 views)

Jungle Book
by Rudyard Kipling - HarperCollins
Mowgli's days are filled with danger and excitement. He learns about the jungle from the wise old bear, Baloo, and the great black panther, Bagheera. He is befriended by the faithful wolf, Gray Brother, and is carried off by the crafty Monkey-People.
(15299 views)