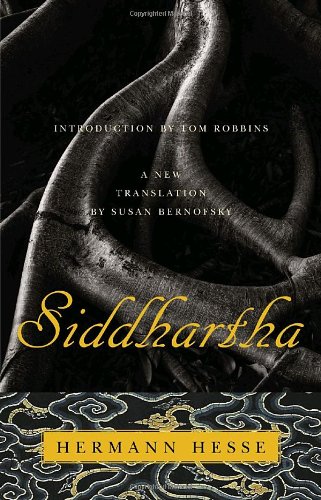 Description:
Hermann Hesse's classic novel Siddhartha has delighted, inspired, and influenced generations of readers, writers, and thinkers. Though set in a place and time far removed from the Germany of 1922, the year of the book's debut, the novel is infused with the sensibilities of Hesse's time, synthesizing disparate philosophies–Eastern religions, Jungian archetypes, Western individualism–into a unique vision of life as expressed through one man's search for meaning. It is the story of the quest of Siddhartha, a wealthy Indian Brahmin who casts off a life of privilege and comfort to seek spiritual fulfillment and wisdom. On his journey, Siddhartha encounters wandering ascetics, Buddhist monks, and successful merchants, as well as a courtesan named Kamala and a simple ferryman who has attained enlightenment. Traveling among these people and experiencing life's vital passages–love, work, friendship, and fatherhood–Siddhartha discovers that true knowledge is guided from within.

Faust
by Johann Wolfgang von Goethe - Arden Book Co.
Goethe's most complex and profound work, Faust was the effort of the great poet's entire lifetime. Written over 60 years, it can be read as a document of Goethe's moral and artistic development. Translated into English by Bayard Taylor.
(10816 views)

Shining Star
by Pedro Alberto Vera - Lulu.com
A novel of Puerto Rican independence. On the last moments of a presidency, a lame duck president triggers what would become the end of the American presence in Puerto Rico. Unknown to the Americans, Puerto Rico has become oil-rich.
(8014 views)

Swann's Way
by Marcel Proust - Henry Holt & Co.
A mature man recalls the details of his commonplace existence as a sensitive and intuitive boy in Combray. For a time, the story is narrated through his younger mind in dream-like prose. Considered to be one of the twentieth century's major novels.
(4769 views)

Madame Bovary
by Gustave Flaubert - Brentano's
Tragic novel and a great portrayal of infidelity. Gustave Flaubert wrote the story of Emma Bovary, a wife unfulfilled and bored by motherhood and marriage. She embarks upon a number of affairs in search of passion and excitement.
(12857 views)