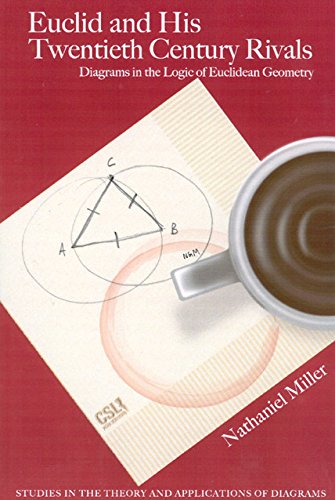 Euclid and His Twentieth Century Rivals
by Nathaniel Miller

Description:
Nathaniel Miller discusses the history of diagrams in Euclidean Geometry, develops a formal system for working with them, and concludes that they can indeed be used rigorously. Miller also introduces a diagrammatic computer proof system, based on this formal system.

Euclid's Elements of Geometry
by J.L. Heiberg, R. Fitzpatrick
Euclid's Elements is the most famous mathematical work of classical antiquity, and also has the distinction of being the oldest continuously used mathematical textbook. The main subjects of the work are geometry, proportion, and number theory.
(8318 views)

Lectures on Discrete and Polyhedral Geometry
by Igor Pak - UCLA
This book is aimed to be an introduction to some of our favorite parts of the subject, covering some familiar and popular topics as well as some old, forgotten, sometimes obscure, and at times very recent and exciting results.
(10131 views)

Theory of Symmetry and Ornament
by Slavik V. Jablan - Matematicki Institut
This work is a comparative analysis of the theory of discrete and visually presentable continuous symmetry groups in the plane E2 or in E2\{O}: Symmetry Groups of Rosettes, Friezes and Ornaments, Similarity Symmetry Groups in E2, etc.
(10362 views)