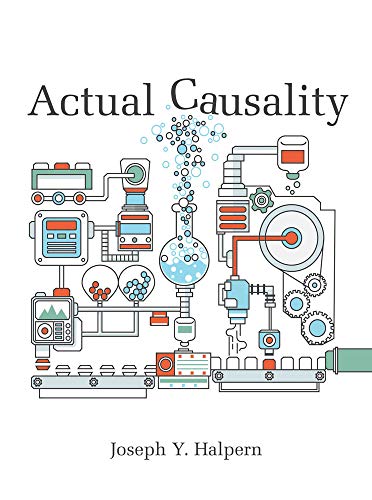 Description:
In this book, Joseph Halpern explores actual causality, and such related notions as degree of responsibility, degree of blame, and causal explanation. The goal is to arrive at a definition of causality that matches our natural language usage and is helpful, for example, to a jury deciding a legal case, a programmer looking for the line of code that cause some software to fail, or an economist trying to determine whether austerity caused a subsequent depression.

Lectures on Linear Logic
by A. S. Troelstra - CSLI
This text deals with logical formalism, cut-elimination, the embedding of intuitionistic logic in classical linear logic, proofnets for the multiplicative fragment and the algorithmic interpretation of cut-elimination in proofnets.
(9381 views)

A Manual of Intensional Logic
by Johan van Benthem - CSLI
An examination of the role of partial information - with illustrations drawn from different branches of Intensional Logic - and various influences stemming from current theories of the semantics of natural language, involving generalized quantifiers.
(8317 views)

Logic for Computer Scientists
by Uli Furbach - Wikibooks
This book is intended for computer scientists and it assumes only some basic mathematical notions like relations and orderings. The aim was to create an interactive script where logics can be experienced by interaction and experimentation.
(7345 views)

A Friendly Introduction to Mathematical Logic
by Christopher C. Leary, Lars Kristiansen - Milne Library Publishing
In this book, readers with no previous study in the field are introduced to the basics of model theory, proof theory, and computability theory. The text is designed to be used either in an upper division undergraduate classroom, or for self study.
(4866 views)