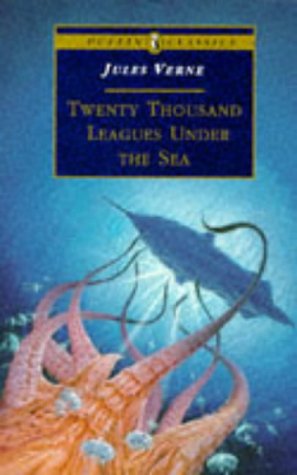 Twenty Thousand Leagues under the Sea
by Jules Verne

Description:
Taken prisoner aboard the rogue submarine Nautilus in 1873, a French professor of marine biology travels an underwater world with his captors, while discovering the philosophy and technical knowledge of the vessel's strange Captain Nemo--Latin for "no one." Battling giant sea creatures, collecting sunken gold, sinking enemy ships, and eating unknown aquatic delights provide nonstop adventure for all ages.

Flatland: A Romance of Many Dimensions
by Edwin A. Abbot - Seeley and Co.
The book gives some accessible and charming explanations of geometry and physics for the curious non-mathematician. Flatland imagines a two-dimensional world inhabited by sentient geometric shapes who think their planar world is all there is.
(18750 views)

The Underground City
by Jules Verne - Project Gutenberg
Receiving a letter from an old colleague, mining engineer James Starr sets off for the old Aberfoyle mine. From the outset, mysterious happenings start to occur around the main characters, attributed initially to goblins and firemaidens.
(10292 views)

A Journey into the Interior of the Earth
by Jules Verne - Pierre-Jules Hetzel
Jules Verne's classic science fiction adventure about Professor Liedenbrock and his nephew Axel who set off to Iceland with their guide, Hans, and enter the weird and wonderful world deep beneath the surface of the earth.
(9873 views)

From the Earth to the Moon
by Jules Verne - Scribner, Armstrong
Written almost a century before the daring flights of the astronauts (first published in 1865), Jules Verne's prophetic novel of man's race to the stars is a classic adventure tale enlivened by broad satire and scientific acumen.
(13304 views)