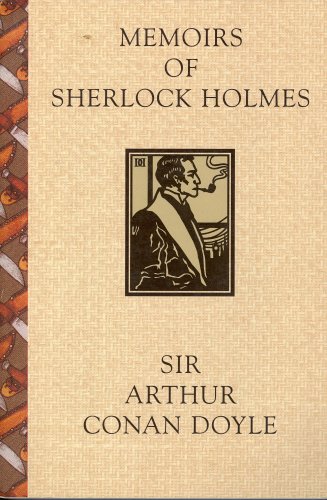 Description:
The Memoirs of Sherlock Holmes are overshadowed by the event with which they close—the meeting of the great detective and Moriarty, the Napoleon of Crime. Their struggle, seemingly to the death, was to leave many readers desolate at the loss of Holmes, but was also to lead to his immortality as a literary figure. However illogical as a detective story, The Final Problem has proved itself an unforgettable tale. The stories that precede it included two narratives from Holmes himself, on a mutiny at sea and a treasure hunt in a Sussex country house, as well as a meeting with his brilliant brother Mycroft, of whom Holmes says, "If the art of the detective began and ended in reasoning from any armchair, my brother would be the greatest criminal agent that ever lived."

Through the Magic Door
by Arthur Conan Doyle - The McClure Company
This work is Conan Doyle's casually eloquent tour of the cherished books on his own shelves. As the author surveys the contents of his bookroom, each book prompts an essay in appreciation, affectionate reflections both personal and literary.
(6157 views)

The White Company
by Arthur Conan Doyle - Feedbooks
This novel is a historical adventure set during the Hundred Years' War. The story follows a young man as he leaves the shelter of an abbey in England and becomes involved with Edward, the Black Prince's campaign in Spain.
(9724 views)