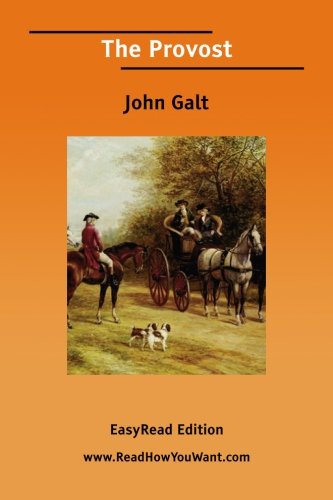 The Provost
by John Galt

Description:
The Provost is an ironic look at the career of a small town merchant and politician. Set in Irvine, Scotland, it follows the life of James Pawkie, the Provost of the title. Starting as a humble apprentice, he progresses to owning his own shop and eventually acquiring a large portion of Irvine. Simultaneously, he begins involvement in local politics with a seat on the town council. Eventually, he is elevated to the supreme position of local power, the Provost, where he uses his position and wealth to manipulate the residents of Irvine to do his bidding. James Pawkie is The Prince his domain. Using a comedic touch, John Galt delves into the issues of use and misuse of power. The Provost, one of Galt's the Tales of the West novels, is heralded as his one true masterpiece.

Caribbee
by Thomas Hoover - Booktrope
Caribbee is the story of the first American revolution, as English colonists pen a Declaration of Defiance against Parliament and fight a full-scale war for freedom against an English fleet -- with cannon, militia -- over a century before 1776.
(7061 views)

Manituana
by Wu Ming - Verso
1775 -- The conflict between the British Empire and the American colonies erupts in all-out war. Rebels and loyalists to the British Crown compete for an alliance with the Six Nations of the Iroquois, the most powerful Indian confederation...
(5359 views)

Hell Comes on the Wind
by Antony E. Bradbury
Two young Frenchmen have their livelyhood decimated by the Normans in a cross border raid. The two Frenchmen, Alan and Philipe Domfront, have no alternative but to seek work for the Normans. On their journey to Cean, they have a shocking adventure.
(7316 views)

The Wreck of the Titan
by Morgan Robertson - The Quinn & Boden Co. Press
Once seen as a prediction of the sinking of the Titanic, The Wreck of the Titan was written fourteen years before that ill-fated event of 1912. In this 1898 novella, John Rowland has taken employment as a lowly deck hand aboard the largest ship ever.
(8929 views)